We had been making very good progress with updating Miss Trilly and were hopeful of getting on the road headed north by the middle of March. Here it is March 20th and we find our Trillium waiting patiently in the driveway as we perform needed maintenance and modifications. We had finished all the new upholstery, made the floor cloth, welded on a new axle, built a battery tray on the tongue of the frame, and removed the AC unit. Clark was sealing up the hole in the roof with a piece of fiberglass. We ordered a solar panel and Morningstar solar controller. 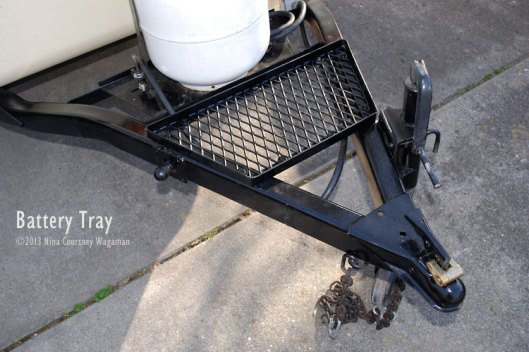 I was looking for something else to do while Clark completed the solar installation. I would cover the underside of the overhead shelves with Sunbrella! The shelves are mahogany door skin material that is coated with some uneven sticky varnish. When I took down the mini blinds, the wood delaminated where the mounts had stuck fast. I asked Clark where the square-head screwdriver was in order to remove the forward shelves. Next thing I knew, he’d taken down the all the components himself and had the Ensolite pulled back from the window frames. Horrors! The wood into which the window is attached to the trailer with screws was rotted through. 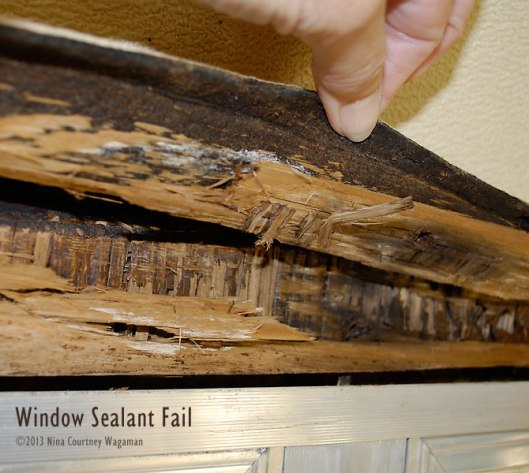 We were certain that the windows had never been pulled out, that the plywood had never been replaced. However, we thought we could get away with waiting until next winter before tackling that big project. It was glaringly obvious that the wood needed replacing before we left for points north on our trimaran. So we are delayed.

While I very carefully peeled all the Ensolite away from the rotted wood surrounding the window, Clark took off the front window guard. He then removed the forty screws that held the window in place, laying it on a worktable for me to clean. We were shocked at the lack of sealant! It was practically nonexistent. I cleaned up the gelcoat around the opening. 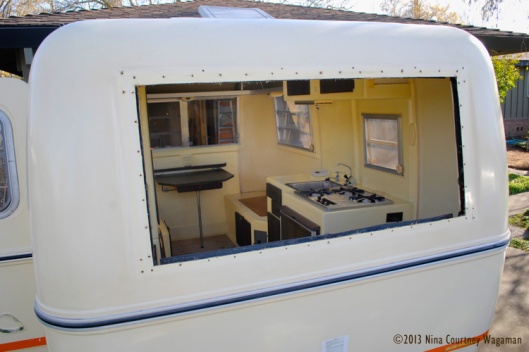 Clark borrowed a table saw, set it up in the driveway next to the trailer, and cut solid wood for all the windows. We may as well the replace wood and reseal all the windows, right? After two days of cleaning aluminum, which I have grown to dislike very much, we were ready to reinstall the first window. With the new stainless screws and butyl tape (which we held in the refrigerator until ready for use), we are confident that the window is now sealed against the weather. It is no longer another thing that we know needed doing that we didn’t do. It will be done and our minds will be free. After four more windows, that is.

In the meantime, here is a sneak preview of the interior colors and design. (We took the photo before discovering the “window problem”.) 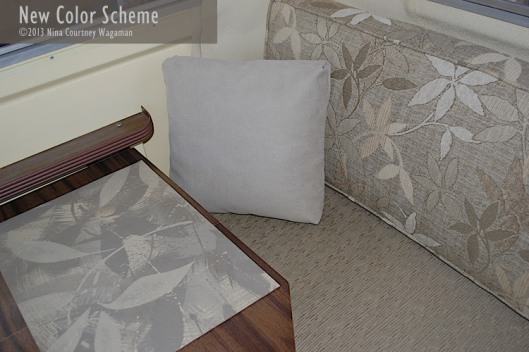 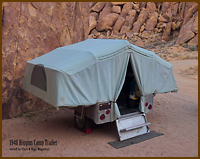